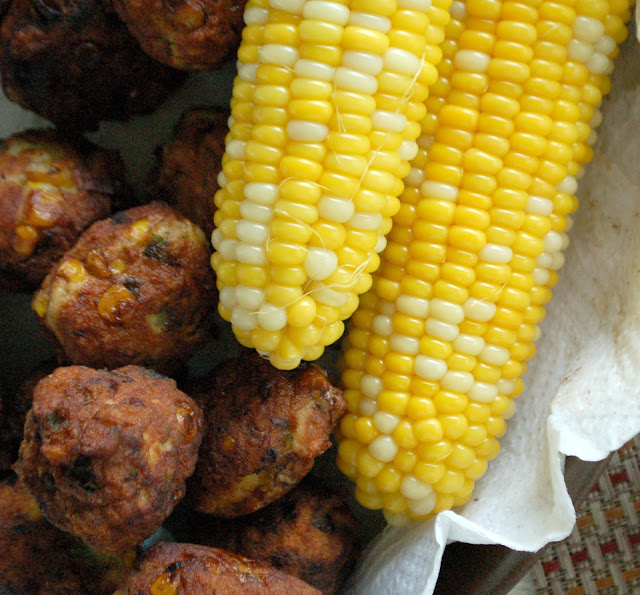 These were so freakin' good, but they were work! Of course, I made them on the hottest day of the summer and refused to use the oven or a fry pan for anything more than frying the meatballs, so I had to stand over the grill on the terrace rather than heat the house more than necessary. I had to have these little bites, though. The recipe comes from a Yotam Ottolenghi cookbook - his first one.

You know how Ottolenghi has a million ingredients and a bunch of nit-picky steps? Yeah. You gotta follow them to get the little tweeks of flavour that YO is known for. If you don't want to step up to the plate, then tell some of your foodie friends and maybe they'll make these little guys for you. If, however, you buy into the idea fiddling with blackened corn and its smoky flavour, roasted red peppers, sliced and diced garlic and herbs, some chili spice in there and a nice roasty sauce of red peppers and herbs, then have at it!

Read more »
Posted by Susan Lindquist at 9:38 AM 1 comments 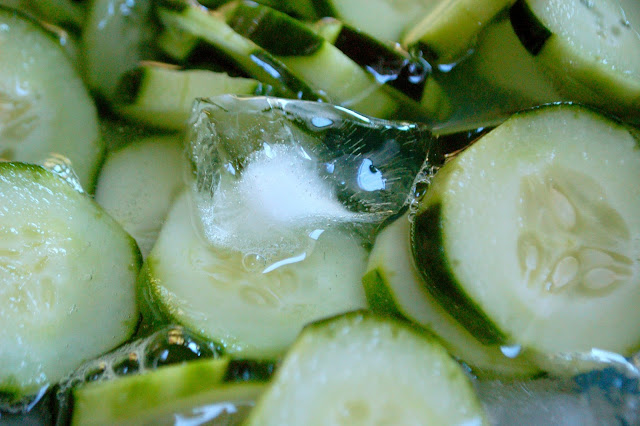 The cucumbers have arrived! SB brings three or four in every day and plunks them down on the counter ... a challenge is implied there. Can I stay ahead of them? Well, this year, yes! I donate some to the local food pantry as part of this little church challenge to spread the seasonal wealth to those who need good local food for free. The rest I use to make salads and these easy pickles.

Read more »
Posted by Susan Lindquist at 10:29 AM 2 comments

I had to look at a map to really get a good understanding of exactly where Corsica is located after I read about the description of this chicken recipe. It comes from a slow-cooker cook book that I have called The French Slow Cooker. It turns out that Corsica is a pretty large island in the Mediterranean Sea that is southeast of Nice, France and west of the Italian coast (and Rome). It has a long history of conquest by everyone from the Romans to the Brits to the Germans, to the French. Nowadays, it is an official part of France ... and the birthplace of Napoleon Bonaparte. So there. 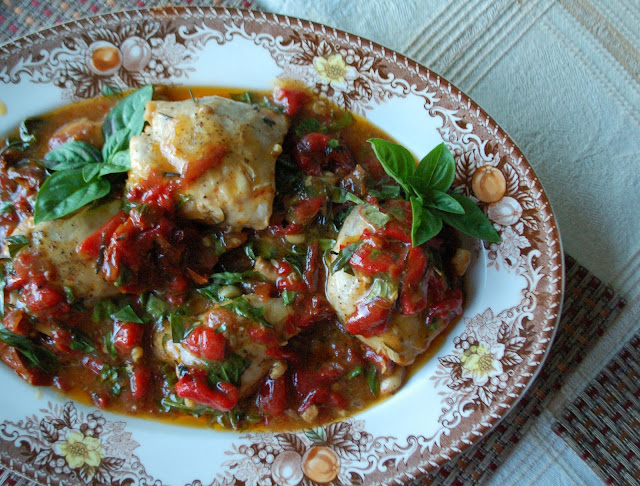 Read more »
Posted by Susan Lindquist at 8:48 AM 3 comments

Autumn in The Spice Garden