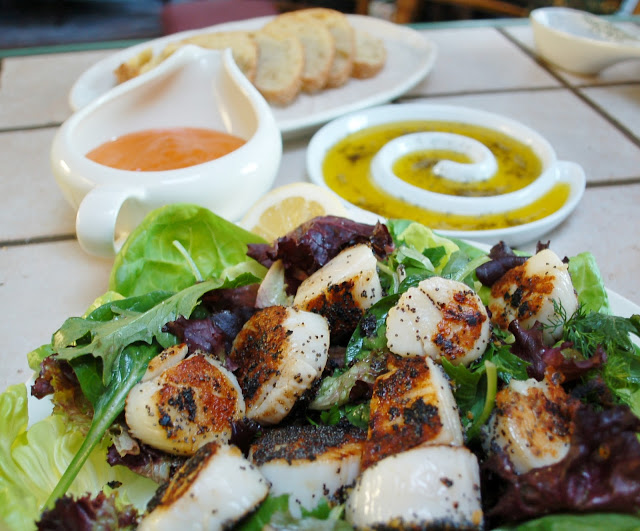 Chef Cat Cora has certainly carved herself a place on the 50 Woman Game Changer list. She is one driven woman. Her voyage to the heights of foodie culture began in Mississippi in the 70'. She grew up learning the restaurant ropes from her grandfather and father, both successful restauranteurs. By the time she was fifteen, she was presenting a business plan to her grandfather and father for a restaurant of her own. She went to college and received a degree in biology and exercise science, moved to California and became involved in cooking, attended the Culinary Institute of America, and became involved in the world of foodie television. It was there that she entered the Iron Chef competition and became the first female Iron Chef. Other cooking shows have followed and are in development, her signature restaurants are in such places as a Disneyworld resort and the San Francisco International Airport. She has become involved in philanthropic work by being a spokesperson for UNICEF and a co-founder of a non-profit group called Chefs for Humanity. She is the executive chef for Bon Appetit magazine. She sits on Macy's Culinary Council, a group of top chefs that work with Macy's to inspire consumers to learn cooking techniques and familiarize home cooks with different cuisines in order to bring gourmet foods to the masses (and no doubt, sell a lot of pots and pans and gadgets). She has aligned herself with brands of cookware, spices, kitchen appliances, et cetera and continues to develop her own 'brand'. To boot, she and her wife are raising four active kids. She is one busy woman! 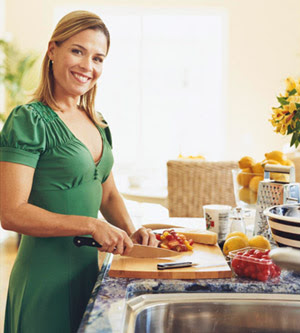 I chose to make a light and fresh flavoured salad that Chef Cora worked up for the April 2009 Bon Appetit on-line magazine. It has spicy red Romesco sauce that is drizzled over pan seared sea scallops that are arranged on a bed of  Bibb and herbal Spring greens. Fresh, crispy, and light ... a perfect light dinner or luncheon plate. 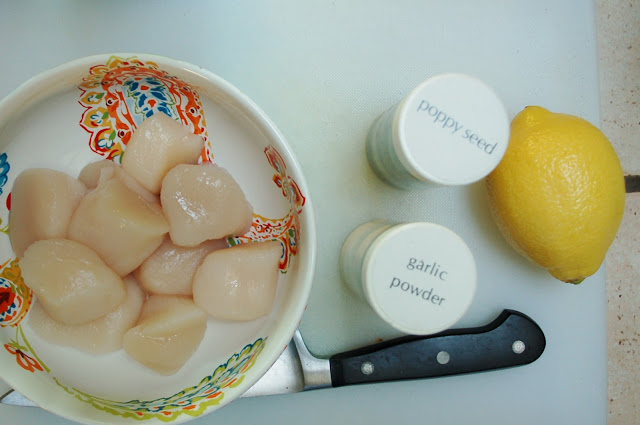 I chose to use North Atlantic sea scallops instead of the bay scallops that Chef Cat suggests. They're a more local product and I trust the integrity of the shellfish far more than bay scallops. I made the salad for two of us, so I decreased amounts on the recipe. I also substituted the Bibb and Spring herbal mix because I find arugula too bitter for our tastes. 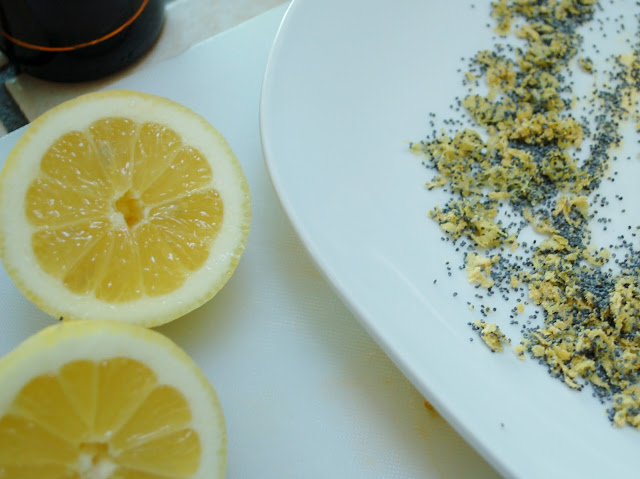 I used fresh lemon zest in this recipe too ... Chef Cora suggested a dried lemon zest, but why use dry when you can use fresh and lighter? 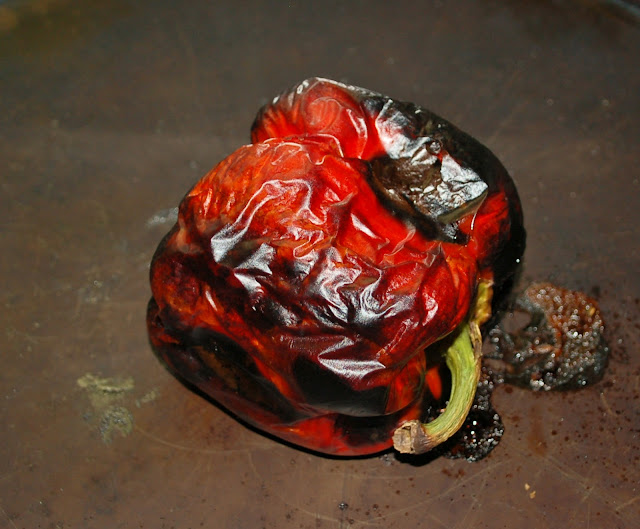 The Romesco sauce consists of a roasted red pepper and some roasted cherry tomatoes. The sauce is zinged in a blender with almonds, spices, and olive oil to make a soft orange sauce that packs a wallop. 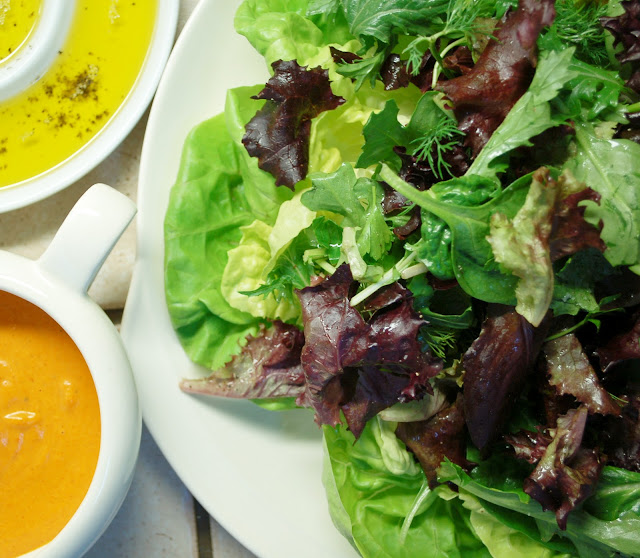 Once the greens are arranged, the bread is toasted and the dipping oil is plated, you can pan sear the scallops. Everything depends on not over-cooking the scallops. They should be a creamy white and soft and hot all the way through with crisped outer edges where they have rested in the hot pan. 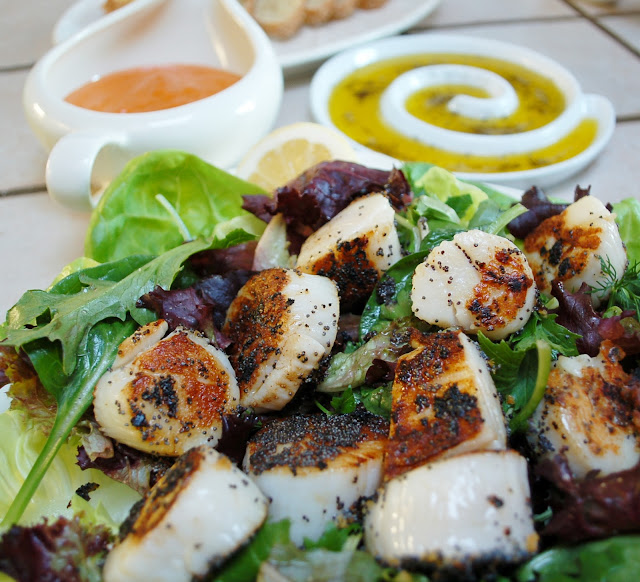 Because I used Bon Appetit's recipe, I am linking readers to the website ... so ... see this fast and easy offering from Chef Cat Cora by linking here .

Now, to see what everyone else involved in this blog challenge has prepared, visit Mary Bergfeld at One Perfect Bite and hit the links to their sites ... it promises to be a tasty week of honor posts to Chef Cat Cora!

Posted by Susan Lindquist at 8:36 PM