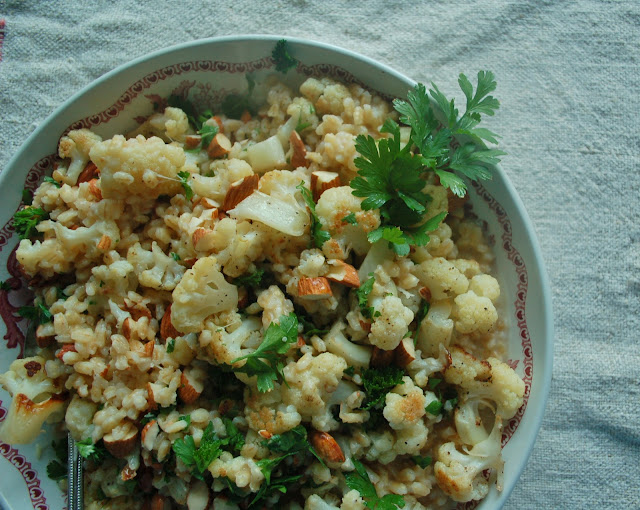 The continuing parade of vegetables is marching out of the kitchen and onto the dining room table! I've been at the Farmer's Market for two weeks straight and have come away with some great produce that SB is not growing in his 'bit of Earth'.

This week, it was a gorgeous head of cauliflower, some of the first I've seen around. I dug up another of the newest recipes from my latest cookbook, power foods - 150 delicious recipes .... This pearl barley with cauliflower and toasted almonds is very reminiscent of a risotto. The barley is slowly simmered to a nice 'bite'. Then, Parmesan cheese is added to the last bit of moisture and makes for a creamy finish. Cauliflower and toasted almond chunks are added and the dish is finished with a spritz of lemon juice and some freshly chopped flat-leaf parsley.


While this dish could easily be a dinner entrée, I prefer it as a side with a simple roast of meat. It went well with our garlic and thyme roasted pork tenderloin the other evening. As a meatless meal, I think I'd make a bright crunchy green salad and have some olives and pickled peppers on the side.

The only change to the recipe that I insisted on was to roast the cauliflower with olive oil and plenty of black pepper before adding it to the creamy barley. I love the peppery sweetness that comes out in cauliflower that is prepared in this way.  I also added a couple teaspoons of reduced sodium vegetable stock base to the water in which I cooked the barley. The added flavor of the broth helped jazz up the blandness of the grain. 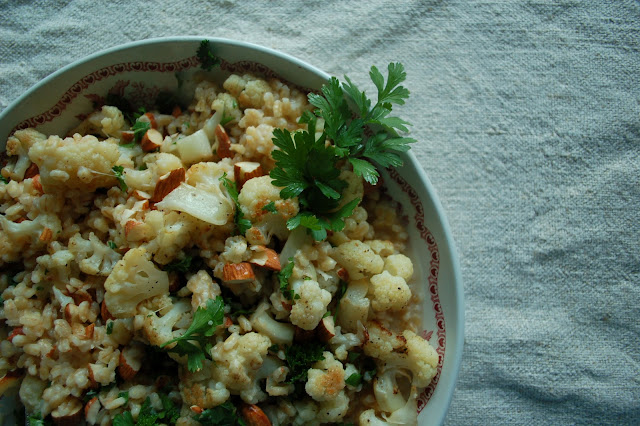 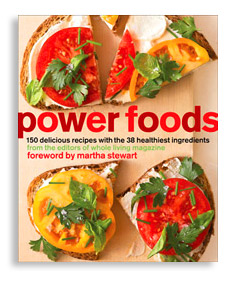 Posted by Susan Lindquist at 8:17 AM 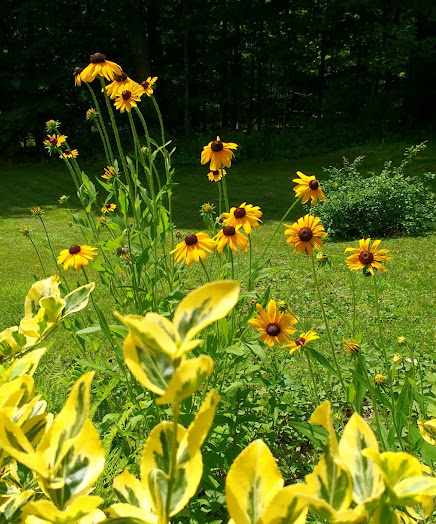