Who on Earth is Patricia Wells? 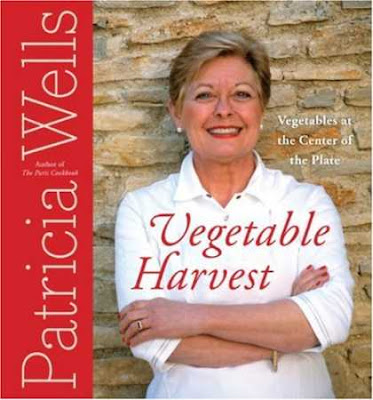 Sorry, Patricia! I have never heard of you! What rock have I been under? What channel have I not been watching? What foodie magazine have I missed in the check-out aisle? What newspaper have I been ignoring? I wonder ...
This 50 Women Game-Changers thing has given me so much new information and so many new people to research!  This week, Patricia Wells is the lady in the spotlight. She has a reputation for bringing Provençal cooking techniques and recipes to mainstream foodie culture. She is an internationally known restaurant critic, author of several cookbooks, a NYT journalist. She has branched out to Bistro cooking, other French fare, vegetables and salads as her fame has spread.
Pfft! Could've fooled me ... NOT that discovering her isn't a good thing!  Book after book can be found at Amazon ... she obviously travels in circles of which I've been blissfully unaware! 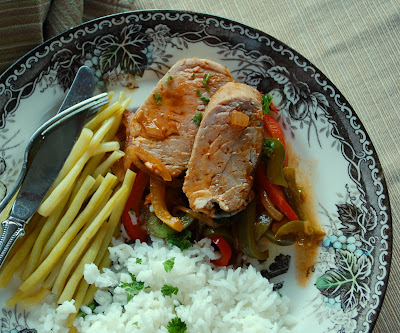 Sooooo ... I went to the Internet and found an easy, fast, and healthy pork dish that Wells submitted to Food & Wine. It uses various peppers, onions, a pork tenderloin, and hotter than Hell chipotle chiles ... wahooooo! Seems like this must come from her bistro phase ... it's fast, uses summertime vegetables and an easy approach to meat treatment, minimal spices, and a hot pan ... what I associate with a hot and noisy bistro kitchen environment. I prepared a steamed basmati rice, steamed summer vegetable (wax beans and buttered herbs) and plunked it all on a plate ... yum! Good on you, Patrica Wells! Nice to meet you! 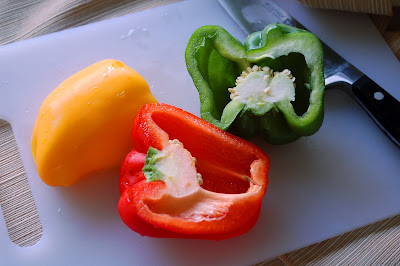 I am posting the recipe that Wells posted to Food & Wine, but let it be said that I halved the recipe meant for four and there was the perfect amount for SB's and my dinner, plus a few bites of pork for the mutts that shamelessly beg! 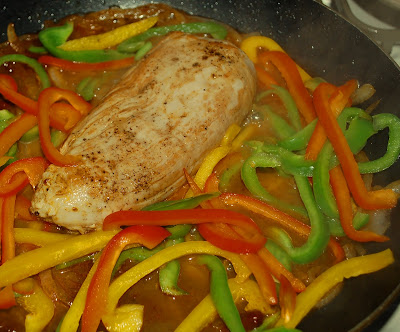 1. Heat the olive oil in a large skillet. Season the pork tenderloin with salt and pepper and brown in the skillet for 4 minutes per side over medium-high heat.

2. Remove the tenderloin to a warm platter and add the onion to the pan. Sesaon the onions with salt and pepper and cover … cook for about ten minutes until wilted.

3. Return the tenderloin to the pan with the onions, add the water and chipotles and adobo sauce, stir to combine, cover and simmer for about 5 minutes.

4. Turn the tenderloin over, cover with the bell peppers. Cover and continue simmering for another 5 minutes.

5. Remove the tenderloin to a carving platter and cover loosely with foil.

6. Leave the cover off the pan and boil the sauces and vegetables until the sauce thickens a bit – about another 5 minutes.


7. Plate the peppers and onions, carve the tenderloin into thick slices and place them atop the vegetables. Pour the sauce over all and serve with a steamed rice and salad or vegetable. 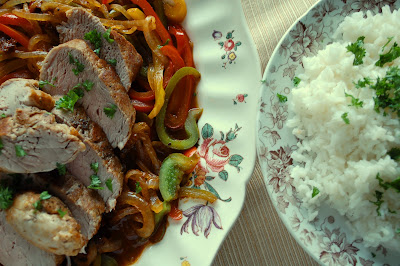 To view other tributes and recipes by Patricia Wells, join Mary at One Perfect Bite to link to all the other blogging friends that are along for the 50 Women Game-Changers blogging project! It's a varied and interesting crowd of cooks! Join us, why don't you?