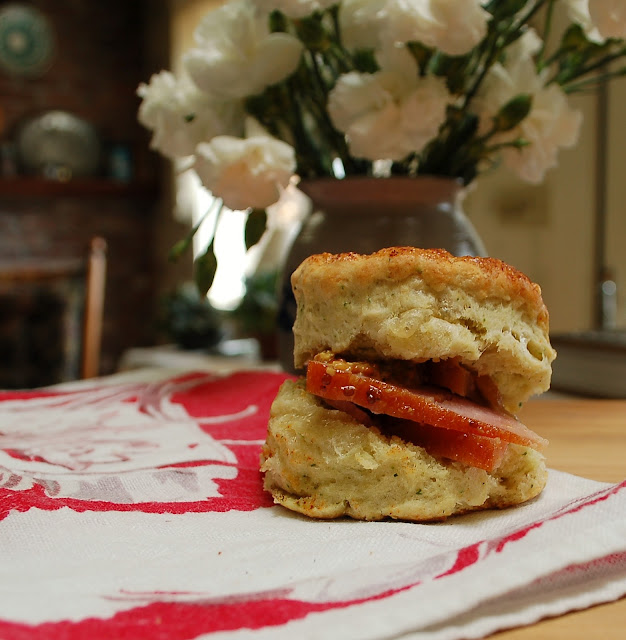 Nigella says that these high airy scones look like they have cellulite ... what do YOU think ?

Nigella Lawson's book, How To Be A Domestic Goddess - Baking and the Art of Comfort Cooking, is certainly a book on which to build one's reputation. Nigella Lawson has done that and moved on to perfect the naughty nuance and 'meaningful glance' on camera, pulled all the stops out to build whole episodes of her show around 'guilty pleasures', 'late night knoshing', and 'posh dinner parties'. For all her posturing, though, Nigella has the chops to brag on. She consistently comes up with excellent recipes, has a devil-may-care-attitude when filming her cooking procedures that gives viewers the confidence to 'throw together' their versions of her dishes, and gives good solid advice on technique and ingredients. For these reasons, she has made the cut and is included on the 50 Woman Game Changers list that Gourmet posted on-line last Spring. 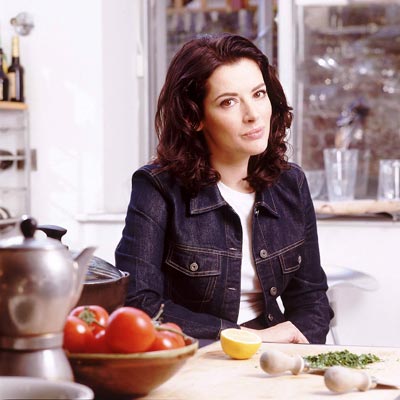 
So, who IS Nigella Lawson ? She is the daughter of a Brit politician and his heiress wife, a somewhat troubled child who spent her school years bouncing from one school to the next, a graduate level student in medieval studies and modern languages, a journalist and editor at various times for The Sunday Times, Gourmet, Vogue, Bon Appetit and a bunch of other publications, a television food show host, a cookbook author, a mother who unabashedly enjoys cooking, and increasingly, a household domestic icon. Her success in media is such that her cookbooks are best sellers and her television show on The Food Network is in syndication. Her plate is full and one gets the feeling that that is exactly as Nigella likes it ... she seems a hard worker with a strong personality and strong views that she is unafraid of expressing ... and I like that about her. 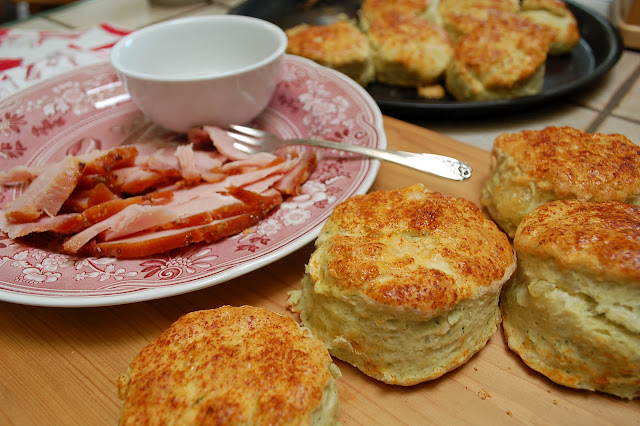 I chose to make her recipe for Lily's Scones ... a fast, easy, and quintessential British food basic. Of course, I had to make the recipe a bit my own. Mine took a savory turn ... I added chopped chives and dill as well as an artisan Asiago cheese that I bought in a wonderful little cheese shop in Toronto. 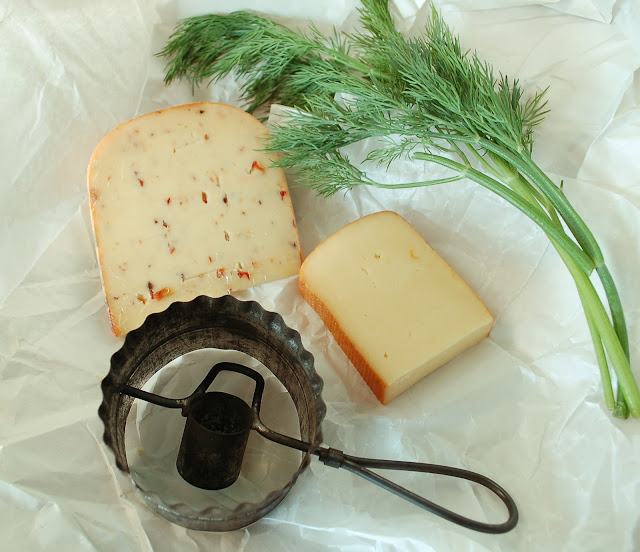 I used a vintage biscuit/donut cutter to make the scones, shaved some of that leftover ham that I bragged on earlier in the week, and put together a decadent take on the basic ham and cheese sandwich ... no, these scones never made it to tea time. It was all about lunch here in the grey cottage. 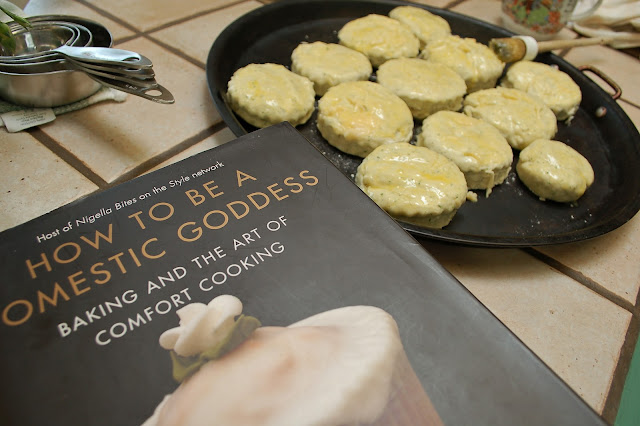 This recipe makes 12 three-inch scones. The dough is very moist and fluffy. Nigella suggests that one mix it briefly and knead it lightly before rolling it on a floured suface to a one inch thickness. Cut it with the floured cutter and pop the scones onto a baking sheet, keeping them just barely separated so that when they puff up during a hot and fast bake, they join at the edges ... 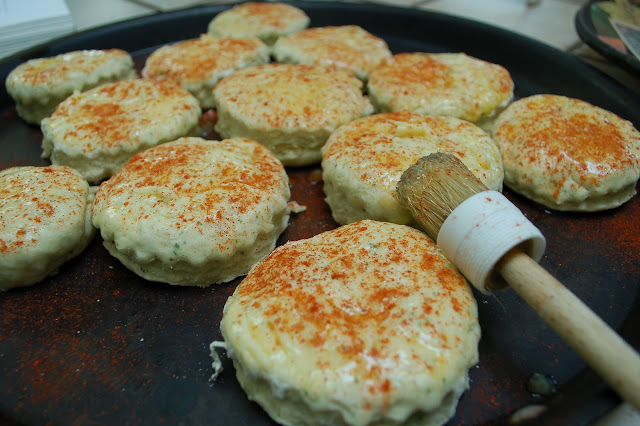 Because I wanted to continue the savory thing with my scones, I topped them with a sprinkle of paprika after giving them an egg wash for that golden baked finish. They were incredibly moist and flakey, full of herb flavour and perfect with the shaved ham and whole grain mustard. They only thing that would have improved on these little 'sandwiches' would have been Nigella's recipe for Pineapple Chutney. A dollop with the ham and scones would've sent me into comfort food heaven. 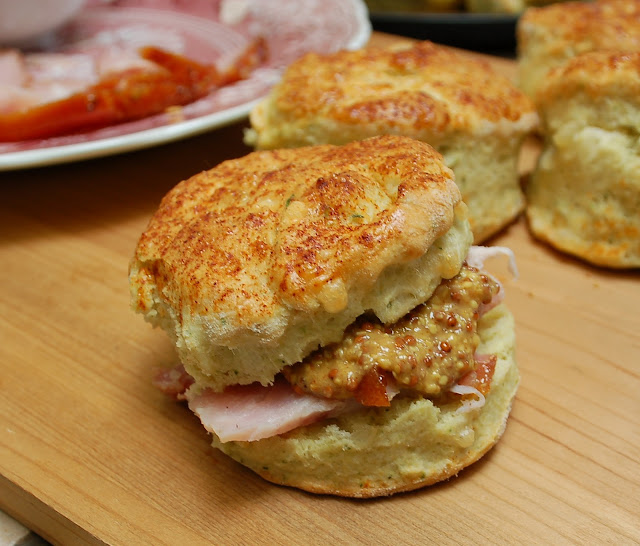 
NOw, let's look at what everyone ellse is posting on Nigella! head on over to One Perfect Bite to see what the rest of the participants have chosen to share! And ... once again, thank-you, Mary for hosting this fun blogshare!

Posted by Susan Lindquist at 7:28 AM