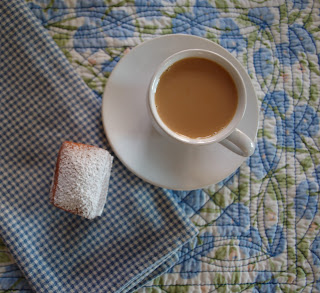 Is there anything more delicious than coffee and donuts? Apparently not, because there have been multiple coffee shops and donut franchises that have capitalized on just that combination. Today, though, it's Mardi Gras and the French beignet gets center stage at coffee break. 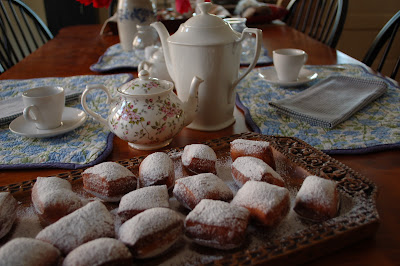 Until today, I had never made donuts from scratch ... and after today's batch, I'm thinking it's a good thing. If I made these more than once a year, my butt would be much bigger than it already is... they were that good. I will be gifting some of the leftovers, as I really could munch my way through many more of these little chewy sugar bombs before the day is out. And isn't that what today is all about? Indulging a bit and then stopping ... and reflecting on the excess.

Get thee behind me, Satan!

Okay, so I got this recipe from this little cook book ... 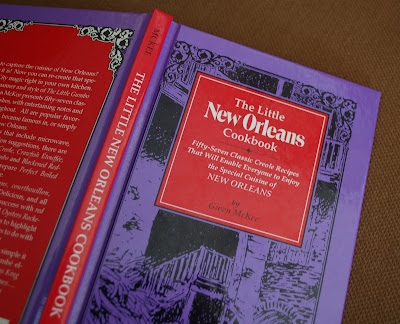 Beignets are really very simple to make. I started the dough after we had lunch and by 4 PM, we had a pot of French Roast, a little pot of tea, and a platter of sugary squares for dipping. The important thing to have is a deep-fryer or a large heavy cast iron pan that will hold a high temperature for the cooking oil. So, gather the materials for the dough and get to it... 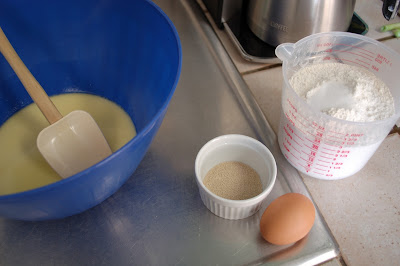 Scald one cup of milk and 2 tablespoons of margarine or butter and pour them over 2 tablespoons of sugar.
Stir until the sugar is dissolved and the mixture is just lukewarm (115° F).
Add 2 ¼ teaspoons of active dry yeast to the milk mixture and stir to break up and dissolve.
Whisk together 3 cups of flour and 1 teaspoon of salt and add a little at a time to the milk/yeast mixture.
When half the flour has been stirred into the dough, add one large egg and beat it into the dough. 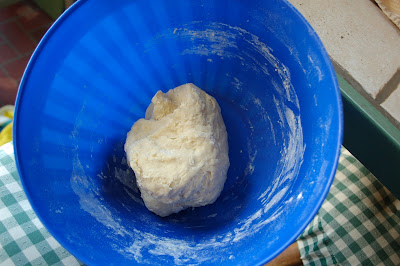 Add the rest of the flour/salt and mix to make a really stiff dough. Cover the bowl with a towel and let the dough rise in a warm place for one hour. 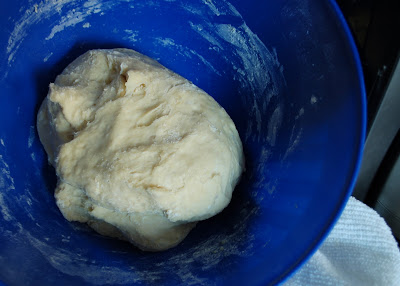 After the dough has risen, punch it down and knead gently into a large rectangle. Use a sharp knife or rotary pizza cutter to make 2-inch squares or diamonds. Cover the dough and let it rise for 30 to 45 minutes. Meanwhile get the oil into the deep fryer or pot and bring the heat up to 385 ° F. When the beignets are risen, get ready to fry. Have a slotted spoon, a tray with papertowels, a serving platter, and a canister for dusting with confectioner's sugar ready at the work station. 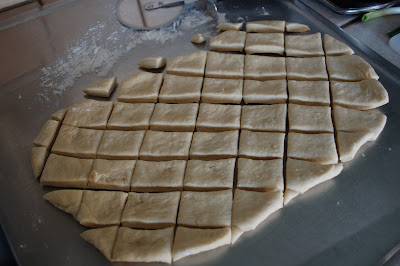 Fry the beignets in batches of six, turning them when they are golden brown. They fry up quickly in only one to two minutes in the hot oil. Carefully remove them to the papertowels for draining. Fry the next batch and so on until the dough is used up. Turn the fryer off or turn off the stove burner, cover to secure the oil and leave it until it is safe to move. 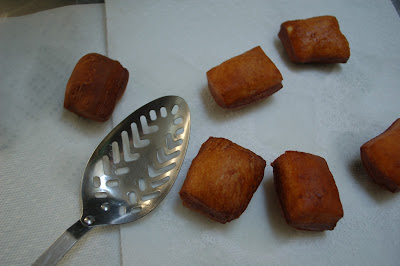 Place the drained beignets on a pretty serving platter and dust generously with confectioner's sugar. Serve warm with a strong French roast of coffee. 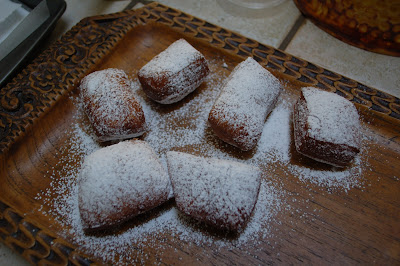 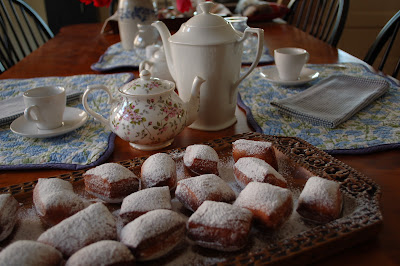 Posted by Susan Lindquist at 5:51 PM