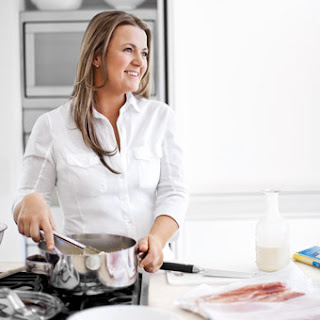 Until this week, I'd never heard of Donna Hay. Doing a bit of research, though, gave me a kazillion 'hits' to touch base on ...  from Donna Hay's General Store to the Donna Hay magazine, to numerous news and blog posts on Donna and her bright, crisp, stylish presentation of everything from pasta to potholders! She is, apparently, a media sensation Down Under ... cut from the same bolt as Martha Stewart, perhaps? Her background is squarely in the area of food styling and editing, as she spent her young professional life as food editor at marie clare. Since her early success and exposure, she has been savvy enough to develop a brand and market it to the max. Nothing wrong with that! This past year she stepped into the world of television when she began her fast, fresh, simple. lifestyle show. With an accompanying cookbook release, her star continues to rise. 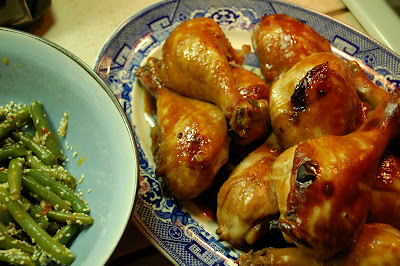 I am making a fast, fresh, and simple batch of chicken legs today. While Donna's recipe is at its most basic, I did little things to enhance the spices and assure that the meat would absorb as much flavour as possible before I popped it into the oven. I also doubled the amount of sauce so that the legs were almost covered as they marinated.

Preheat the oven to 200° C (390° F). Place the ginger, garlice, five spice, star anise, soy, stock, and oyster sauce in a small bowl and whisk until well-combined. Place the chicken in an oven-proof dish, pour over te ginger mixture, cover with a tight-fitting lid and cook for 1 hour or until tender. Serve over rice. Serves 6.

First and foremost, I used only chicken legs because they were a.) on sale this week b.) bigger than those boney little wings and c.) a uniform size for consistent cooking.

1. I steeped the spices in the hot chicken stock for about ten minutes before I added the soy and oyster sauces. 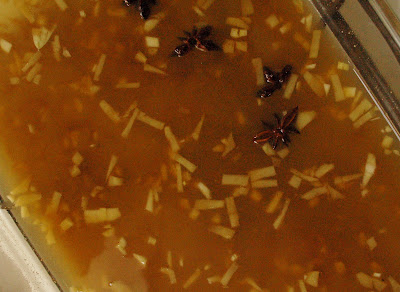 2. I poked the chicken all over to ensure that the marinade was absorbed. 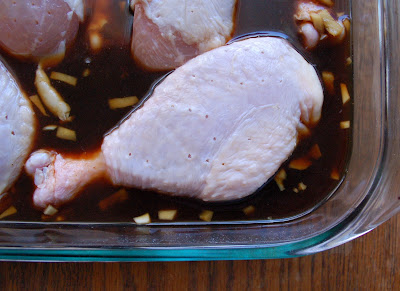 3. I marinated the chicken legs all afternoon ... about four hours. Periodically, I flipped the legs to get even soak time. 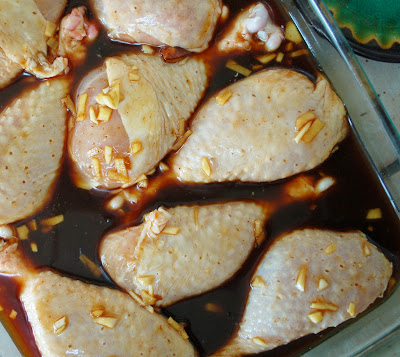 4.  I placed the legs in a roaster pan without crowding them and roasted them uncovered, brushing them with the marinade several times while they roasted. Oh! And I roasted them for only 35 to 45 minutes ... if you use bigger pieces, plan accordingly. 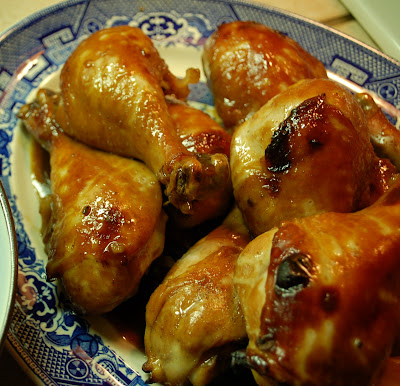 These legs were ab-so-lute-ly killah as any hick at heart would say ... and I'm shrugging guiltily, here. Make the rice because it's the perfect softly-flavoured foil to these legs. I also like the idea of using only one chicken part, as the chicken cooks uniformly and you don't have to worry about the little pieces getting dry while the breast pieces come up to speed.

And finally ... Silent Bob and I decided that the marinade would be ab-so-lute-ly killah if we made a rack of spareribs .... we're drooling already.

Thank you, Donna Hay! Nice to meet you!