To get these little beauties, you need to do a little work. 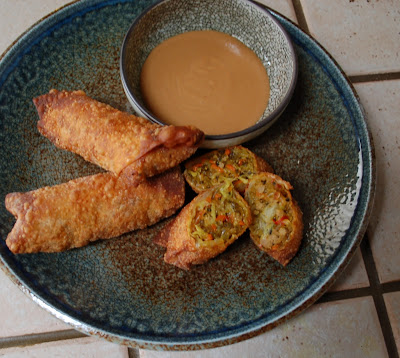 Springrolls require major prep work ... so get everything in place and then go for it! But first some background ... 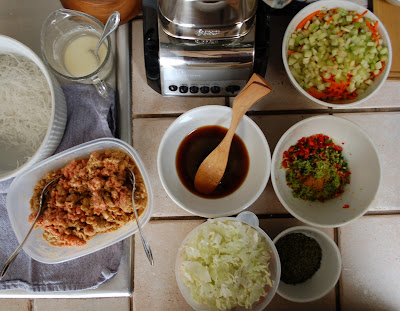 ...everything in place and ready to cook

Those of you who know me and this blog, know that I go through phases in which I browse different ethnic/cultural recipes and cook up a storm for a while ... I've done it with Chinese, Italian, Mexican, German, Spanish, and Jewish foods It usually happens when I have gone back into my cookbook collection and 're-discovered' one of the authors. Well, I'm at it again ... this week I'm channeling Barbara Tropp. She worked in San Francisco for years at her China Moon Café. I loved that place! I loved her springrolls and I loved the inventiveness that her menu always showed! Years after I visited, I would think about her springrolls. Her springrolls ... yes, she made traditional springrolls, but she also used other Asian countries' cuisines to inspire new and different versions of that classic Chinese springroll. This recipe is one of them. When she published her China Moon Cookbook, she included a bunch of different recipes for springroll fillings ... yum! 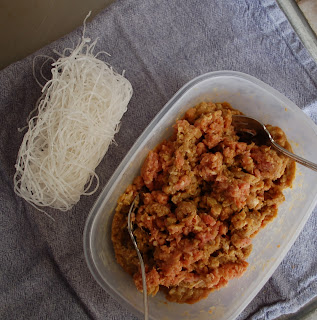 I know I won't be able to measure up to my memories when I make these, but I must make them! I am SO in the mood for Asian feasting - I can feel a phase coming on! So here goes! This recipe takes two days to make ... and I have some fridge space right now, so the timing is perfect. Speaking of timing ~~~~~~~ time is passing ... see it whizzing by? 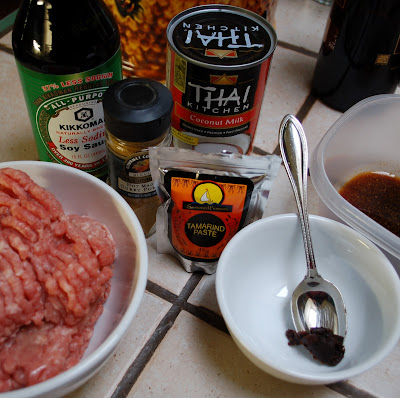 ... a quick marinade and in goes the pork for two days


Two days ago, I'm prepped the ground pork in its marinade and prepped some of the vegetables. 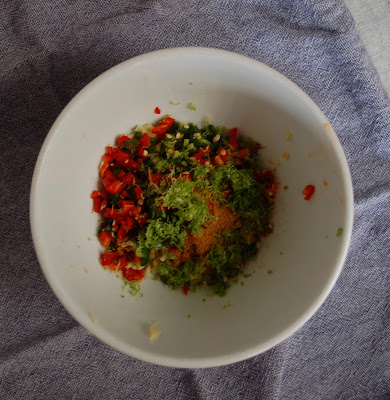 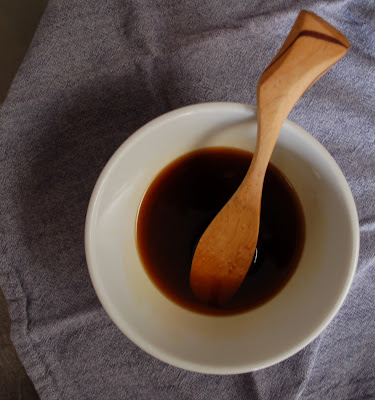 
So ~~~~~~~~~ time has passed and here we have the filling! While it chilled in the fridge, I made a station for rolling the springrolls. 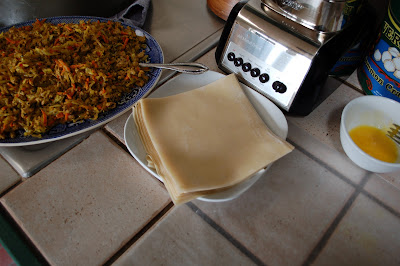 springroll rolling station ... I roll them on a sheet of waxed paper

Once the filling was chilled, the springrolls were constructed. Sorry, no pictures of that process ... my fingers were too goopy to use the camera. I need a photographic assistant ... any takers? 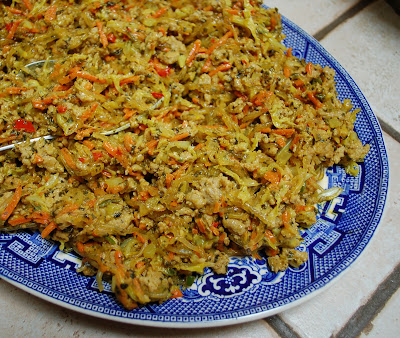 the chilled filling ... much curry and red and green peppers  ... major heat

Since they are so labor intensive, I froze a bag for a future Asian dinner. The key to freezing these rolls is to create a tray so they can lay flat in one layer and be transported too the freezer without jumbling all together. I lay a wax paper-lined piece of card board into a freezer bag, slide the prepped rolls in, suck the air out while I zip the bag closed and rush them to the deep freeze. They will keep for about a month if you don't wag the door of the freezer too much. 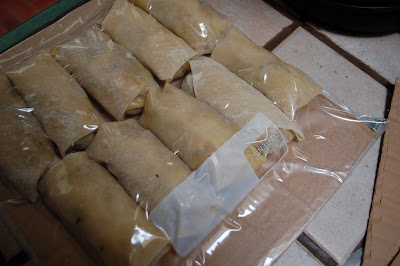 ... right into the freezer as soon as they're in the bag

The rest of the spring rolls got prepped and covered with a kitchen towel until I was ready to do the deep fryer thing. 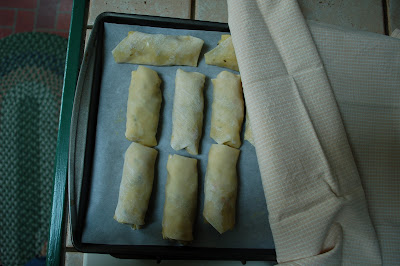 ... I spritz the towel with water after I cover up the springrolls

The rice got steamed, the oven warmed and a platter lined with paper towels waits to receive the springrolls as they came out of the fryer, sauces got readied for dipping. There's 'weenie' duck sauce for Silent Bob, who says peanut butter has no place in a dipping sauce (one more salvo in The Peanut Butter Wars), but I am all over the peanut dipping sauce! We also had a super hot Chinese mustard sauce.

I actually made these before I knew that I'd be doing a tribute to Barbara Tropp for the 50 Woman Game Changers blog share in which I've been participating! Well, great! I get to make another of her wonderful dishes down the line abit! Stay tuned!  I know her recipes can be a bit labor intensive, but I have never ... NEVER ... been disappointed. My kids have grown up on some of her best recipes and I am willing to bet that if you ask them, they will say their mother makes pretty darn good Asian ... it's not about their mother though. It's all about Barbara Tropp and a few other excellent chefs.  How I wish Barbara was still around to continue sharing her knowledge and inspiring me with her genius!

Lengthy recipe ... long post already ... click the link for a look at the recipe ... get your shopping list together and try these! You can do it! And they are tasty!

Curried Pork Springrolls with Lime - printer friendly
Posted by Susan Lindquist at 9:32 AM